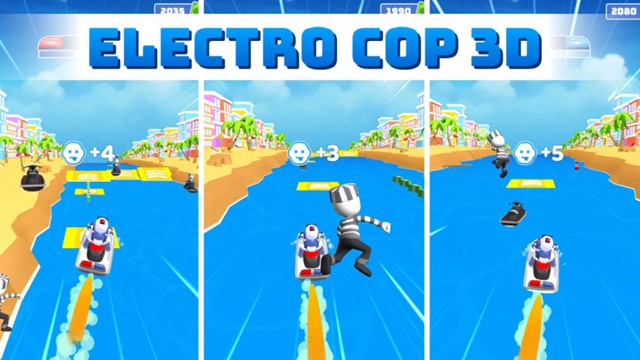 Play the role of a marine cop in Electro Cop 3D. It's an adventure game where you have to chase down the bandits who robbed the bank. After they cleared the vault, they went to their water scooters. That's where our hero swam by! He began chasing the robbers after he saw them right in front of his nose. With a powerful jet ski, you'll be able to navigate through canals and rivers like a pro. Embark on a thrilling adventure filled with obstacles, trampolines, and fun survival challenges. Your goal is to get all of the money back to the bank, defeat enemies, and beat your own record for speed. It was developed by the company Hype.