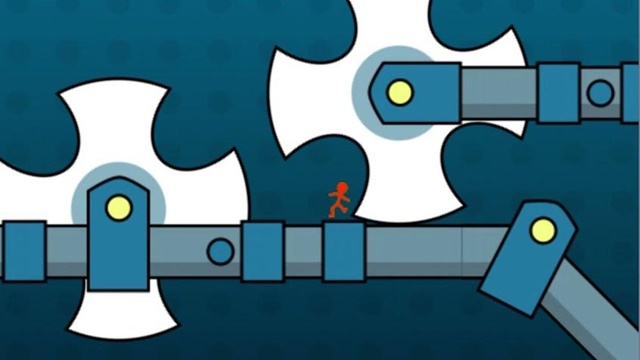 Explore a race track in this Massive Multiplayer Platformer Game. Try to get as far as possible alive by jumping from one platform to the next while avoiding falling into the burning lava, keeping your balance on sharp rotating blades, and gaining access to very high places that were previously inaccessible thanks to your wit and effort. Don't worry if your player turns rainbow colors; this means you're the fastest. Break all the records and have fun!

This game was developed by Griffpatch.

*** CONTROLS ***
* Use arrow keys or WASD to control the player
* Z is alternative crouch, SPACE alternative jump
* Press 'N' to show all players names
* Hold E or R to open Emoji panels
* Complete the speed run and back to the start will report your time and reward you with a parachute - use space to use it :)
* Mouse over a player to see their individual name
* Q + R to reset level for speed runs

*** SPECIAL MOVES ***
High Jump - Hold down then Up
Long Jump - Run then quickly press Down, then Up
Slide - On a slope press Down and Left or Right
Wall Jump - Jump against a wall, then press Up again