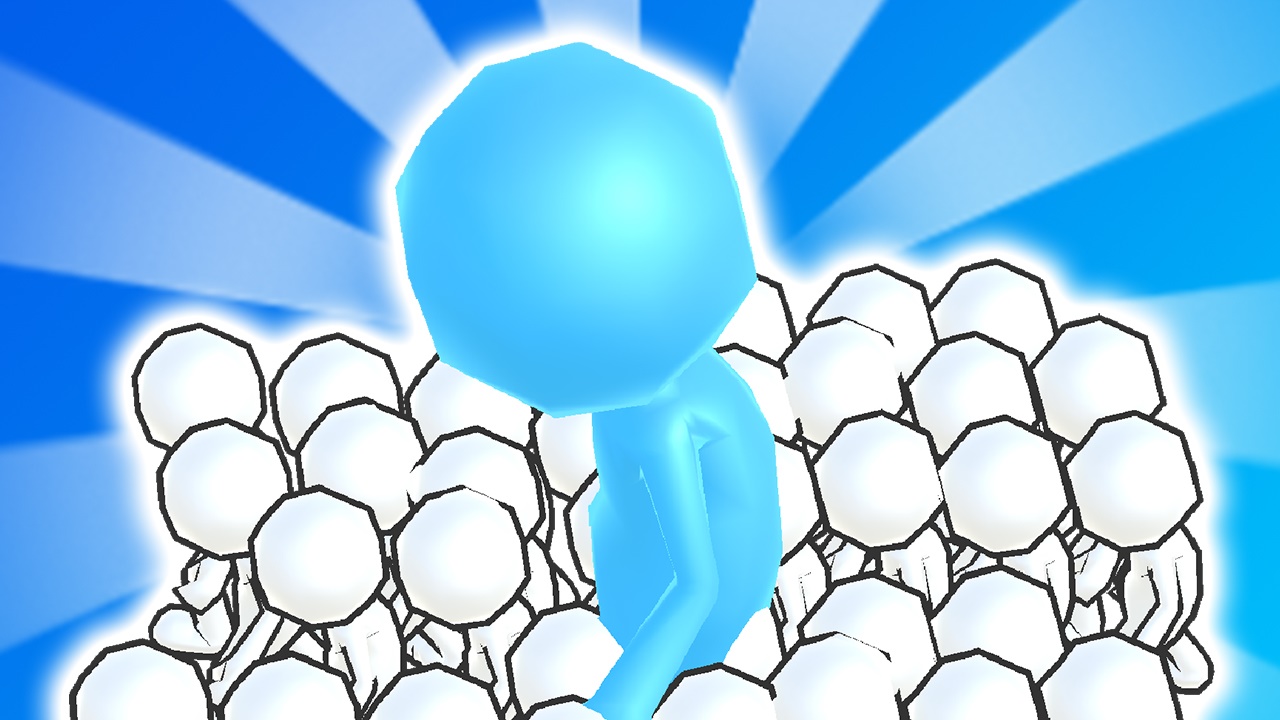 Merge And Invade is a strategy game developed by Bermuda Games. In this game, you will collect soldiers and send them to fight the red stickman. You're a wannabe monarch in a newly built fortress, and you're about to start building your army. The instructions are straightforward! To begin building your army, you first have to purchase the first barracks.

Make a large blue army by moving your blue stickman around and collecting the little white ones from the spawners. Then spend the money you earn on more spawners, military bases, and other facilities. As soon as the soldiers are ready, you send them into combat with the red army, of which you have to have a larger number to get rid of them, invade their territory, and go to the next level, where things get harder. Amogus.io is another strategy game that allows you to capture territories on a giant arena.

Utilize the joystick to direct the character.